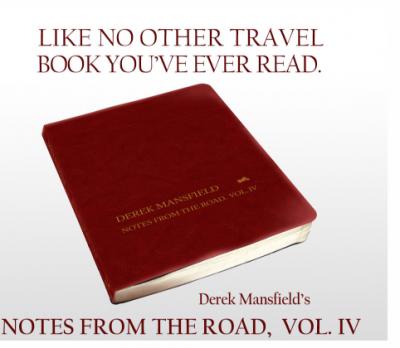 After posting nonsense on Facebook for weeks and finally deciding that delaying my journey would not help a noisome client, someone paid an invoice and I thought… ok, tomorrow would be good.

Onward is the mantra. Onward, the next horizon. No matter that I have no maps; I have a compass, a recalcitrant phone powered GPS and some admittedly vague ideas on the trajectory.

I had gathered new kit just in case. Two ten litre jerry cans for petrol – lack of which proved such an embarrassment on previous outings – a new stove that could use said petrol as fuel, a pair of on-trend hipster boots and some waterproof socks. And for special evenings out on the road, a pale blue shirt decorated with tiny white flowers.

My wife inquired if I had been to the toilet and with a nodded yes I rolled out of the driveway and wondered if I had packed my passport and if not, how to get past customs.

Minutes later sun in my eyes, a morning so fresh I can smell the starch as I pass an early commuter’s car, I’m shining inside with lands unseen, new friends to make. Fear has gone, the unknown welcomed forward. Small boys startle awake, laying slack jawed in wonder at the noise of my passing. Wives tighten their grip on a husband’s arm and older folk smile; five thousand two hundred revolutions of impossibly beating Italian steel create a pitch perfect howl at ninety six point four miles per hour as this beautiful bike projects me across the dawn.

Whoa a bit. Steady as she goes. Twelve hundred kilometres as well as the ferry to make in this present now.

Except. Too much time fiddling in toilets, fresh fuel to upfill and a long way to the ferry. Thus the first of thousands of fuel/mpg/speed/distance computations begins, and the curdle in the brain spectacularly unleashed.

The passport I had left behind is, by very good fortune, discovered in my tank-bag so I hand it over to the ferry person; no-one else seems interested in my passport or the length and breadth of my future journey. Perhaps I should have left from the Ace Café with cheering crowds and souped-up sponsors to wobble off and deck it at the first opportunity. Or Twittered ahead for a flashcrowd big brass band. But you can’t organise this in less than eighteen seconds with both hands full of handlebar.

So onto the ferry looking gainfully manly, hoping to catch an eye and tell a good story. To find all ears being filled and me, with Big English eaten, feeling a little queasy.

One man ventured conversation. Mid-thirties, podgy, self-satisfied in a BMW way and mentioned not that I was a biker of the bravest kind. The benefits of forward planning mobile phones he said. I thought beam me up. His provider gave free roaming in nine different countries. Because I didn’t have it, I sneeringly asked who wanted to travel in those countries anyway. And felt bad for him when his wife started laughing.  And bad for me for making cheap laughs and not having the best phone provider.

The reason it was easy to get on this ferry was because it’s bound for Dunkirk, not Calais. The town of Dunkirk is fifty kilometres north of Calais by road. But the ferry port is thirty kilometres south so the advantage by road is negligible. Happy then that the voyage to Dunkirk only takes one duty free hour longer than that to Calais. But who am I to judge myself; it’s almost proper foreign.

I vowed, as I stood in the prow, the vanguard of the expeditionary, that this time I would not get lost. Straight and true I would ride, just one thousand more kilometres between me and this night’s bed. And then tried to get in the fast stream as indicated by the weighmaster. Bars high up and thrust through an open car window helping me scrape past the rear of an enormous truck. Sorry, sorry, effusive apologies meaning you stupid dick, why did you park there and now following the traffic to follow a black leathered biker, handsome and hirsute until I was five kilometres short of Calais with words in my helmet, expletives slipping through lips as a thought formed - this guy is on a round trip or he’s lost too.

A glance at the compass, heading due south; a roundabout with third exit taking me East and hour and another two languages before I caught up with ferry travellers who knew where they were going. Followed by the black clad biker.

At this day’s end, five countries and a full twelve hundred kilometres now sliced up slivers of dim lit road and brain nicely curdled, a kindly, clever and beautiful young woman takes me in and smiles like sunrise to ask, How are you, it’s been years.

Nataliya; serene grey greened eyes from the wild country of Ukraine, near the border, at Kharkiv, a city now worried and tugged like a bone by a dog who sits in a President’s Palace.

This conversation over dinner with Nataliya and her ex-husband whom I knew from a country other than this, we talked of the past but not of the now of a country to the east on my route. He remained Russian, she now officially adopted and draped with the UK flag.

I’ve revered this woman for more than ten years; simultaneously degreed in three languages and another in computers, science thereof, she guided me through scoping, specifications & contracts in Russian, English and software speak.

Then project managed projects when, at a tender twenty one with the courage of a lioness she said yes to working for me in England. And came and worked and blossomed into beautiful before her brand new husband spirited her off to the country and the city, apartment and room directly on my eastward course to where I now stood hugging her with love of the friendship kind.

To the dairy in the morning to gather in the milk; calves with big brown gentle eyes, cows lowing with content. The milk siphoned, chilled, directly from a refrigerated tap filling to the brim your own recycled bottles.

On being chilled there is more of a different kind. We strolled around her adopted city; pretty in mittel European, rebuilt, refurbished, reinvented with science and shoes as the beating commercial heart. Replacing….. the chill dream of a dictator who built brick walls ten metres tall to showcase the March of Marionettes with harsh cries and out-thrust arms. And now, next to a lake it stands; unfinished, dirty, cold and concrete cracked, weed ridden. And if not for millions dead, just somehow very sad. Testament to a small moustachioed man who would be God. And failed.

Like another small man further east today. Playing out his ego, the lives of others irrelevant to his self-centred hungry needs.

Searching for a restaurant proved to be fun. In this, one of the world’s most sophisticated countries, they close the cafes for a month and sally forth abroad. Try that in Mac or high street Starbuck. Four tries it took, of banging on doors and peering through windows to find Mein host awake. And not surly for diners at nine (we close at ten) to open the doors and say food is still served. Of the steak that I ate? I was glad I was not the person who paid.

Back to the order page